Keeping Up with the Marcoses: Money, Fame and Fortune

One of the most striking features of the Marcos regime was not only the growing incidence of poverty in the nation, but also the other extreme of excess which marked the lifestyle of the richest of the rich.

Among the wealthiest that engaged in such indulgences were the First Family themselves. In the following exhibit, we examine how the Marcoses lived while they held power. 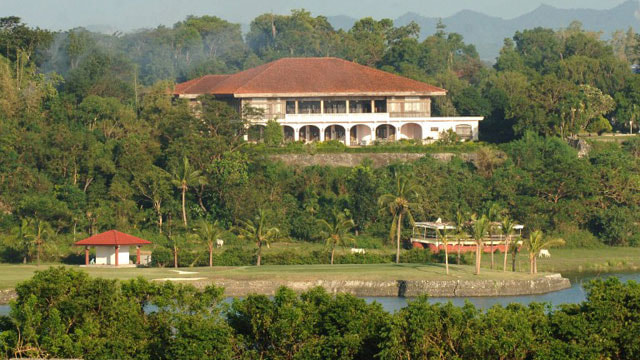 Conservative estimates claim the Marcoses had about fifty houses as their private property. About nine of these were located in Baguio as summer residences, where the three Marcos children Bongbong, Imee, and Irene each had their own house. Each house had a beautiful view of the mountains surrounding the area. Other properties were scattered across Makati, Paranaque, San Juan, Cavite, Leyte, and Ilocos Norte. 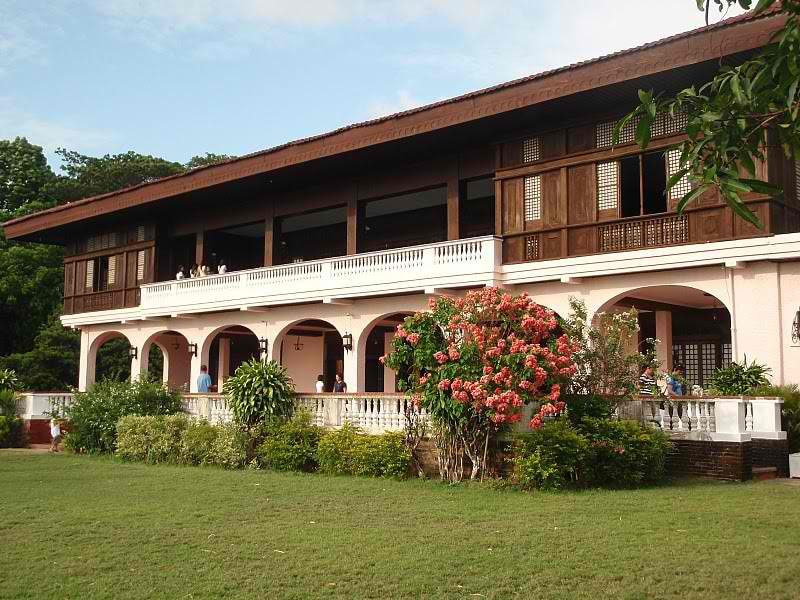 In Ilocos Norte, Ferdinand’s home province, a “Malacañan of the North” was built beside a beautiful lake. In Leyte, Imelda’s home province, Imelda erected a shrine to the Santo Niño which had 13 guest rooms and the Marcos living quarters on the second floor. Each room depicted a scene from Imelda’s life. In one of the reception halls, there is a painting of Imelda rising from the sea holding a clam shell emblazoned with the faces of her children. The entire property was estimated at about $27 million. 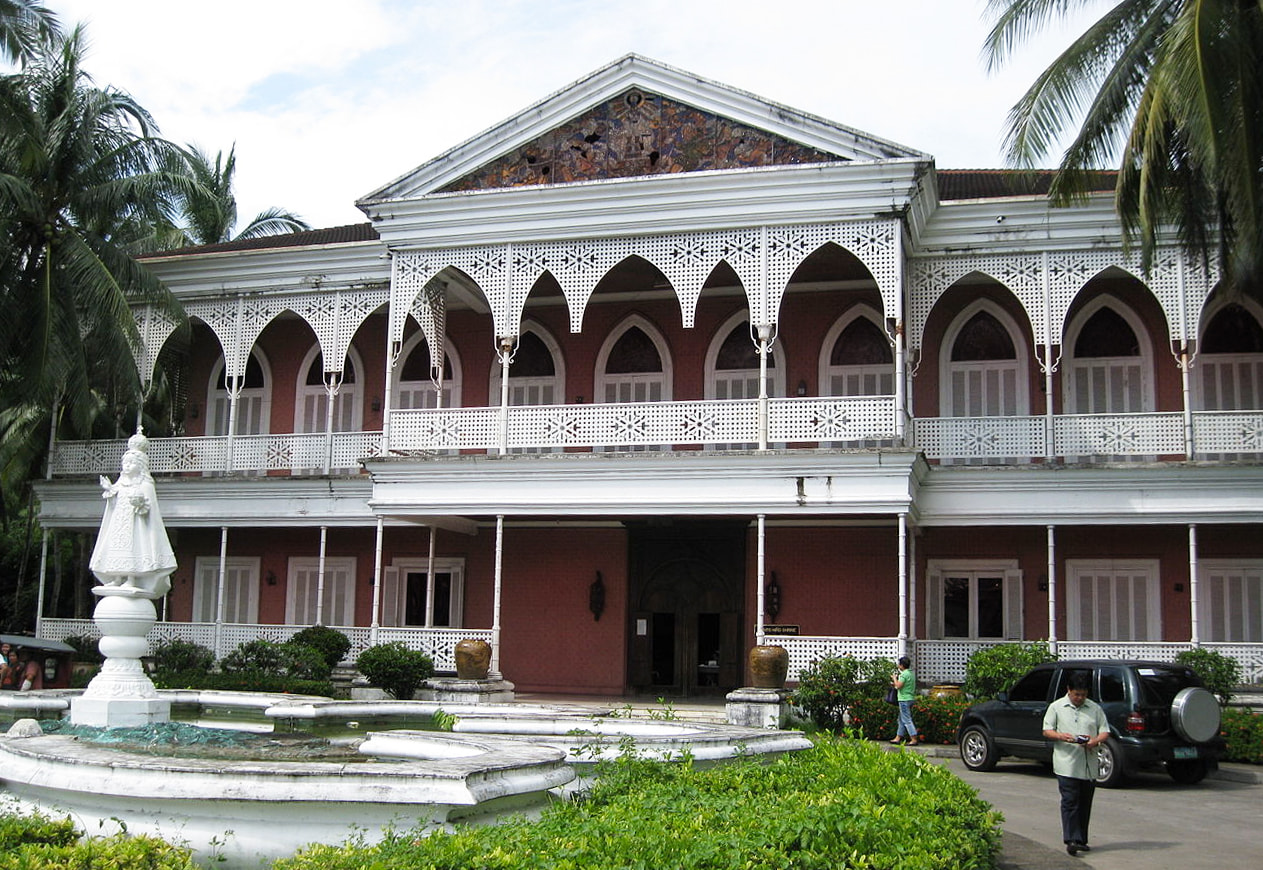 Nearby in a town called Olot, the Marcoses also had a private seaside resort, built in 1974 to entertain the participants to the Miss Universe pageant in the Philippines. The resort had about a dozen houses and guest cottages, a swimming pool, and an 18-hole golf course. To fill the entire resort, bermuda grass was flown in from Manila through the Philippine Air Force. 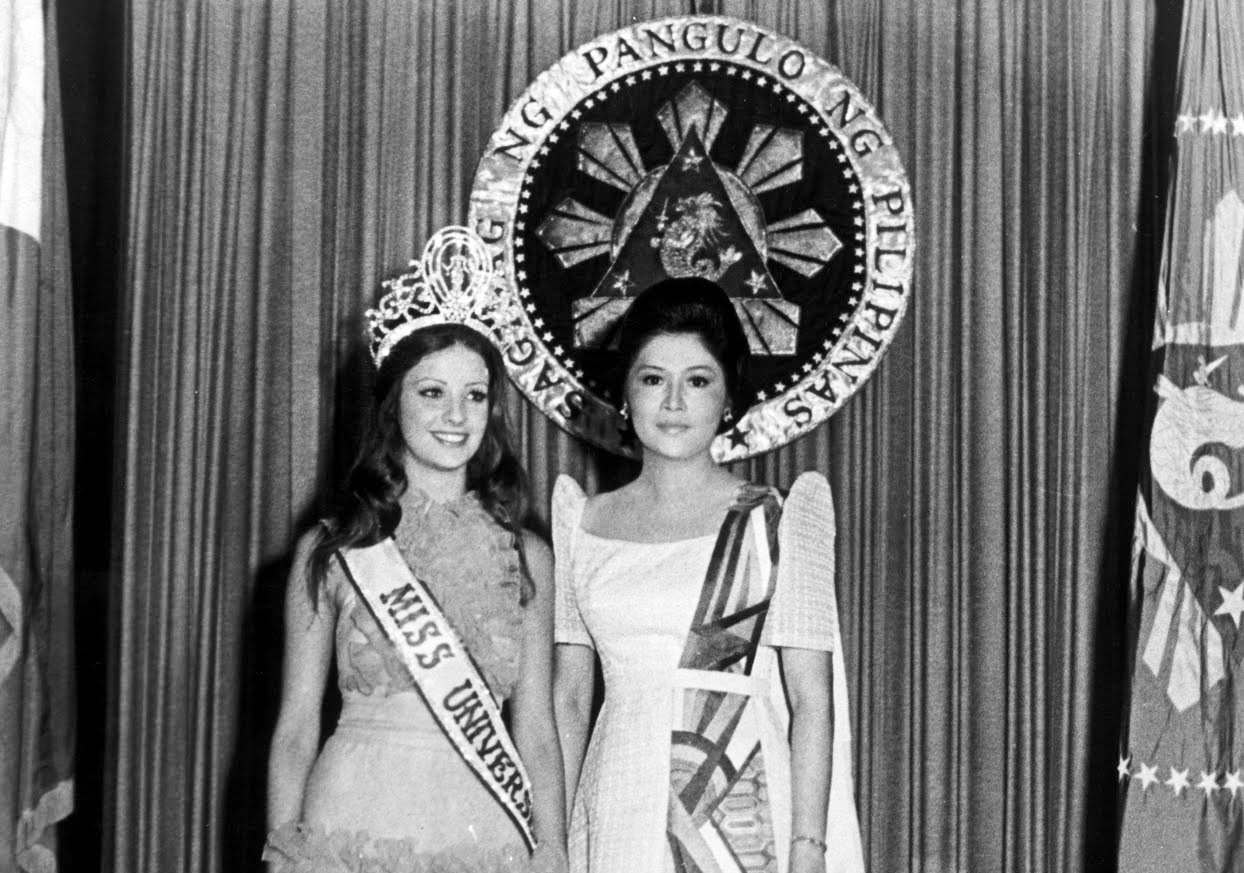 Imelda with the Miss Universe winner in 1974.

The budget of the Office of the President was used to construct, renovate, and maintain these houses. Estimates of total costs reach about $3.2 million in 1984 and $10.5 million in 1985. Since these are only the figures covered by the Commission on Audit, actual expenditures may easily be much higher. In that decade, the Marcos family’s expenses for the upkeep of their residences would have been enough to feed 8,000 starving families of six for an entire year. That’s the same as a small town with a population of 48,000. 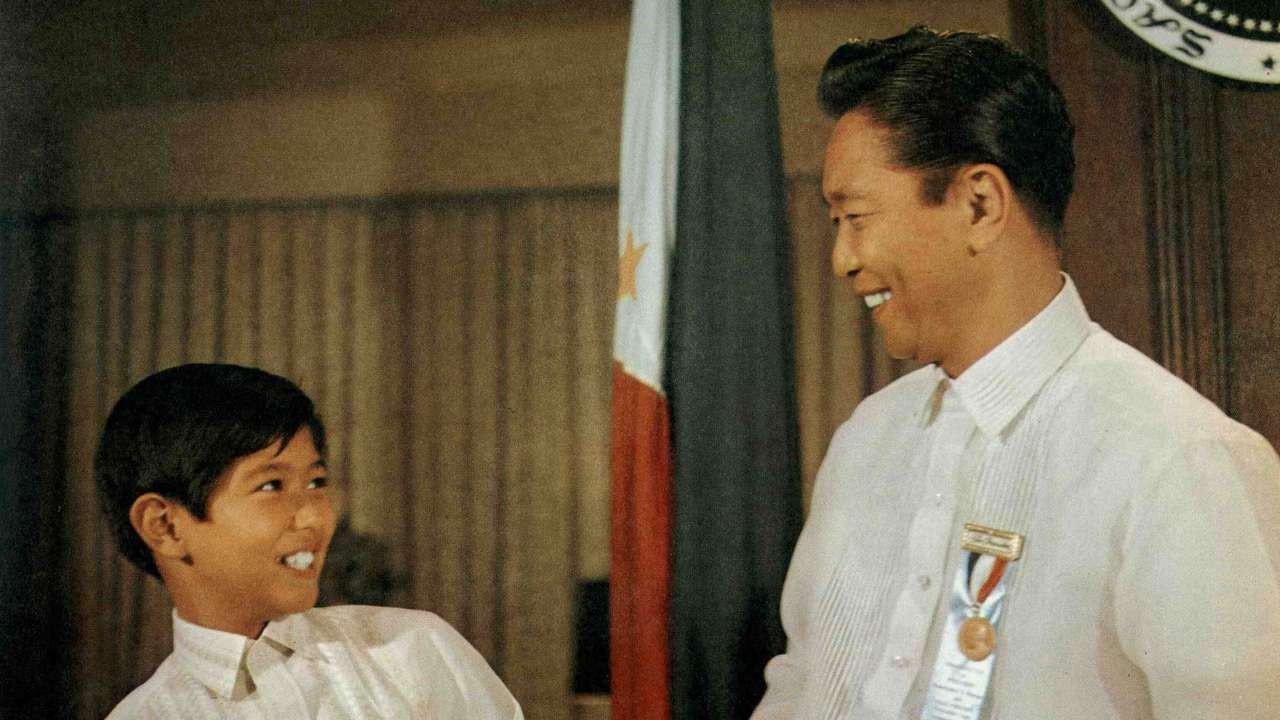 The Marcos family took good care of their health. In fact, Ferdinand Marcos took five kidney dialysis machines from Manila hospitals for his personal use. Records show that in 1984 Marcos spent over $60,000 in medicine and medical supplies, and $70,000 in 1985. A mini-hospital worth about $250,000 was left behind in Malacanang when the Marcoses were forced to flee in 1986.

For the health of others, on the other hand, Ferdinand issued Presidential Decrees for the construction of many designer hospitals which stand until today: the Philippine Heart Center, the Lung Center, and the Kidney Center. These very expensive institutions were equipped with state-of-the-art technology, but procedures at these centers often cost too much for the ordinary Filipino to afford.

Instead, ordinary Filipinos often required more basic care at regular hospitals. These hospitals suffered from a lack of medicine and a dismal bed-to-patient ratio of 1:650. Surgery was sometimes performed without anesthesia. Tuberculosis patients often shared beds. On the other hand, the Heart Center had a bar, an upright piano, and 250 beds. In 1986, the Lung Center had only one patient. 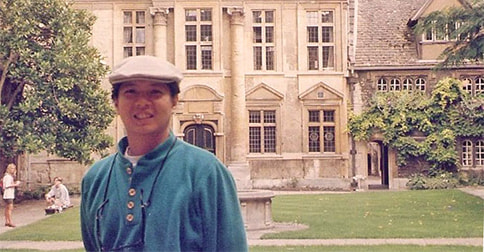 The Marcoses also deeply valued a good education. They accepted only the best schools for their own children: Imee Marcos went to Princeton, while Bongbong Marcos went to Wharton. Government funds from the Philippine National Bank were used to pay for Imee’s tuition of $4,445 per semester. At least 15 bank accounts in the US were also used for Bongbong’s tuition. Both Marcos children received a monthly allowance of about $10,000.

Imee Marcos, in particular, was bought an 18th century Princeton estate to live in during her studies. Hundreds of books lined the shelves of the second floor, including many classics, which would have made Imee a very well-educated woman indeed. Unfortunately, she did not finish her Princeton degree, and instead enrolled at the University of the Philippines College of Law. Although Manila newspapers claimed she graduated with honors, the student council demanded her official file of records, since Imee did not in fact have the credentials to study at the law school in the first place. Neither did her name appear on the official list of graduating students. The student council demand was never resolved. 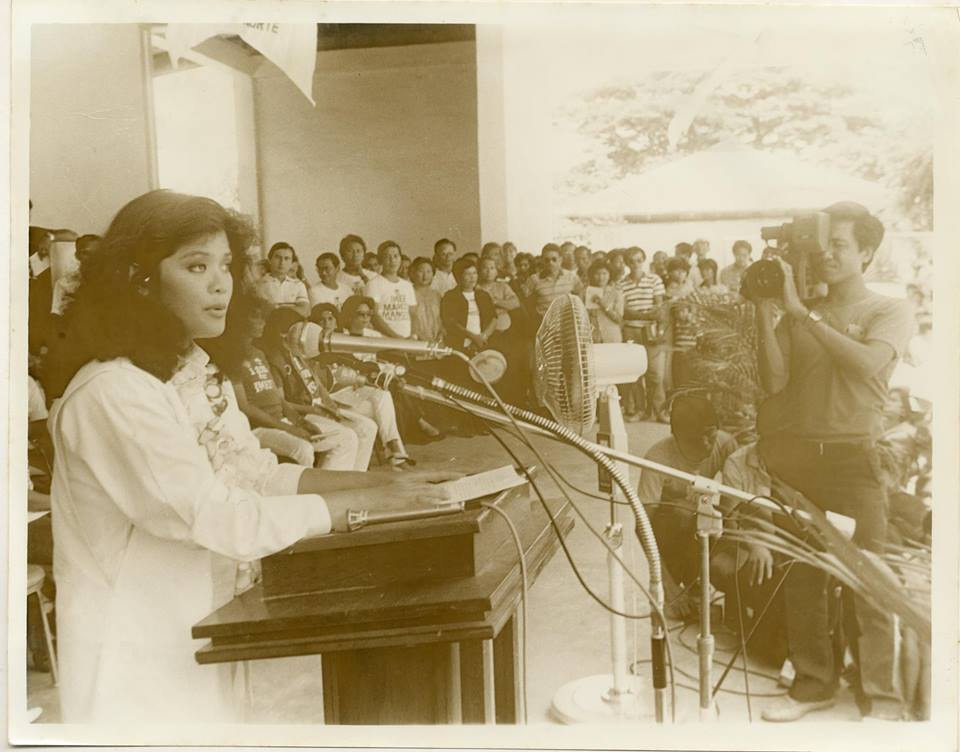 In contrast, during the Marcos period, there was one book for every eight students at best, where 79% of the books were at least 5-10 years old. Because of a lack of funds, college enrolment dropped by about half a million in 1985; only 17% of eligible college students were actually in college. In 1977, about 4 million young people aged 15-21 were unable to go to school due to poverty. For every 100 children that started school in Grade 1, only 4 would reach senior year of high school. 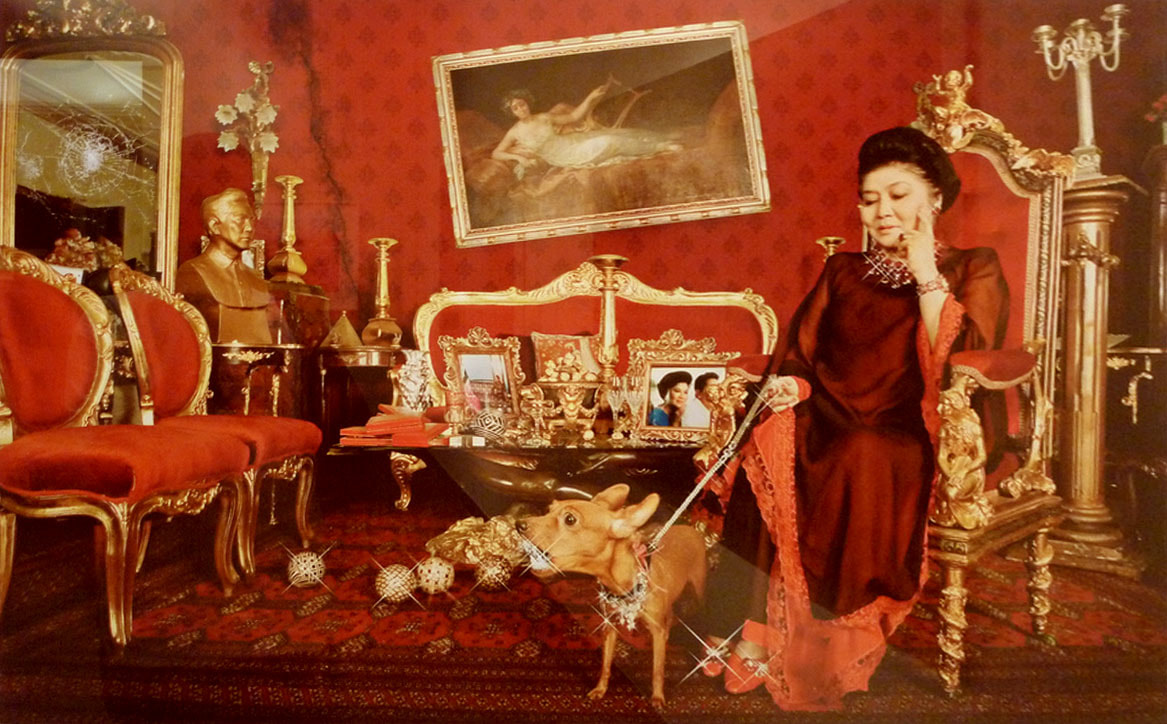 Like any Filipino family, the Marcoses also loved each other. One way they expressed this love was giving each other various gifts. For example, on their 24th anniversary, Imelda Marcos gave Ferdinand 24 gold bars, inscribed: “To my husband on our 24th wedding anniversary.” As a token of their romance, Ferdinand Marcos built Imelda the San Juanico Bridge.

Calauit Island, now a wildlife sanctuary, was created as a private hunting ground for Bongbong Marcos, with 120 poor families of farmers and fisherfolk evicted from the land to make way for the African giraffes, zebras, elands, impalas, gazelles, waterbucks, and topis bought at government expense. Monthly maintenance costs amounted to $30,000.

For the wedding of Irene Marcos, the youngest of the Marcos children, thousands of men worked to renovate Sarrat in Ilocos Norte. Old houses were demolished and Spanish colonial houses were erected in their place. The centuries-old Santa Monica Church was specially repaired for the wedding. Austrian carriages and Moroccan horses were imported for the bride and her entourage to be paraded around the town. Flowers were flown in from Hawaii. Two dozen extra flights were scheduled for special guests. Total costs for the wedding were estimated at about $10.3 million.

With the economic state of the nation at the time, it was not uncommon for parents to make great sacrifices for their children. Some parents of poor families regularly sold their blood to hospitals to buy rice. Men offered their labor cheap, without insurance or benefits. Because there were so many of them, it was easy to find replacements anyway. In 1976, an estimated 50,000 women in the Philippines earned their living as prostitutes; that’s about 1 in every 400 Filipino women. After decades of hard work, many Filipinos retired without pension because the banks in charge had run out of money, bankrupt by the abuse of funds by the First Family and their cronies.

In President Marcos’s speeches hailing the establishment of his New Society, he condemned extreme poverty in Philippine society and the gross inequality which enabled and exacerbated it.

In no uncertain terms, he declared that his New Society would eliminate the excesses of the wealthy and usher in an era of true equality, wherein every Filipino could live a life that fulfills their potential and honors their inherent human dignity.

In light of Marcos’s own pronouncements, it is troubling to consider the facts of how Marcos and his own family lived while in power. What justifies such an excessive lifestyle? How can we face such a contradiction in words and deeds? 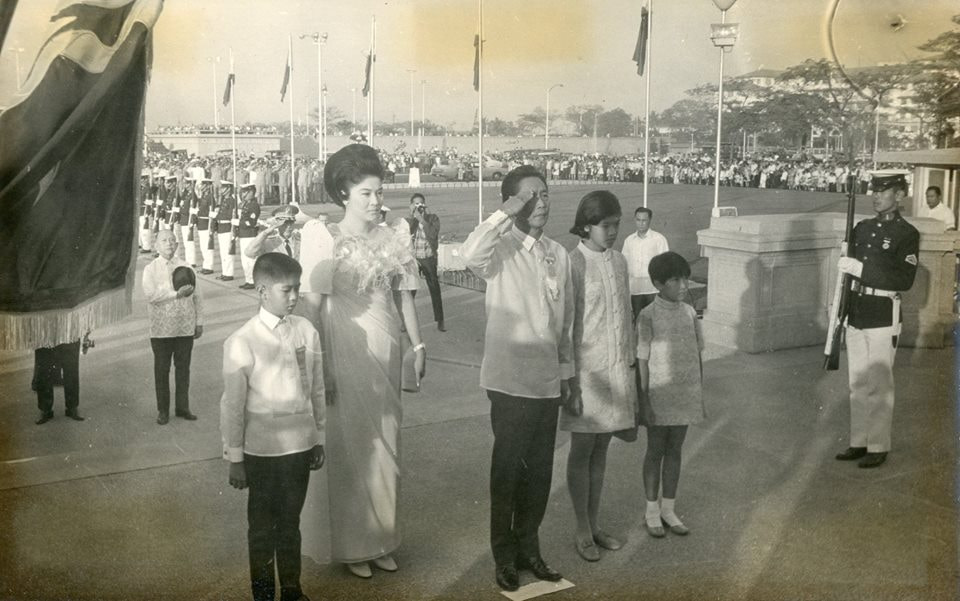 
Quiz: How well do you know Marcos and Martial Law?
Test your knowledge on the Marcoses and Martial Law by identifying which of the statements are true!
The Heroes Who Fought Martial Law: Liliosa Hilao
At the age of 23, a student and a writer was the first reported case of a political prisoner’s death under Martial Law.
It Takes a Village to Loot a Nation: Cronyism and Corruption
To understand the deep extent to which Marcos plundered the nation, it is important to examine the extensive network ...